It was named for British scientist Michael Faraday (1791-1867), who despite having little formal education became one of history's greatest scientists. He discovered benzene,invented the system of oxidation numbers and an early form of what is now known as the Bunsen burner, and popularised terminology such as "anode", "cathode", "electrode" and "ion." His main discoveries, though,involved the principles underlying electromagnetic induction, diamagnetism and electrolysis, and it was his work that ultimately led to the technological use of electricity. 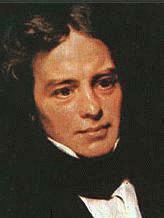 
The meaning of asteroid Faraday seems to be:not really belonging, out of place; accomplishment despite lack of formal educational credentials; having to do with electrolysis or electromagnetic induction.