Asteroid 2818, Juvenalis, was discovered on September 24, 1960, at Palomar Observatory near Pauma Valley, California, by C.J. Van Houten and Ingrid Van Houten-Groeneveld. Juvenalis has a period of 3 years, 242 days. It was named for Decimus Junius Juvenalis (Juvenal) (55?-127?), a Roman poet who wrote the Satires.

Astrologically, though, Juvenalis seems to indicate things related to or an interest in children or young people.

Bernardine Dohrn has Juvenalis in the fifth house, conjunct Damocles (drastic change, pushing the envelope), square Uranus (liberalism), and opposite Agamemnon (doing what one thinks one has to do) and Stentor (loudly proclaimed). 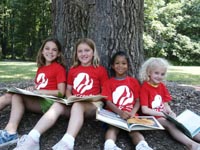 Juliette Low, who established the Girl Scouts, which she had been introduced to in Britain, in the US, had Juvenalis sextile 1998 BU48 (the way things are), square 1999 DE9 (power, a pivotal decision), and opposite 2002 VQ94 (to deconstruct and reconstitute).

Robert Baden-Powell, founder of the international Scouting movement, had Juvenalis square Okyrhoe (loyalty to one's own needs) and Pluto (mass movements) and opposite 2002 VQ94. He established the Boy Scouts after finding that boys were using a military manual he wrote, and later had his sister Agnes Baden-Powell establish the Girl Scouts in response to public demand.

Eric Harris had Juvenalis in the second house of self-esteem and values, conjunct Hektor (bullying), sextile Cruithne (stigmatization, searing, branding), and opposite the Vertex (significant relationships).

Marilyn Vos Savant, who has written a book advocating a simpler way of life for children, has Juvenalis sextile Boucolion (simple living) and 2002 VQ94, trine 1996 TL66 (to try and put an end to something), and opposite Lilith (something which one does not like).

Charles Schulz had Juvenalis conjunct Achilles (frustrations), Stentor, and 2002 VE95 (qualified benefit), sextile Chaos and Hidalgo (to assert, to promote), and square the Nodes (to grow beyond the past).

The glyph for Juvenalis is mine.